People, events, places, Warren Gordon has shot it all

Warren Gordon will mark the launch of his most recent self-published photography book, “Cape Breton Collection,” with events at the Joan Harriss Cruise Pavilion on Nov. 12. The dozen or so book the award-winning Sydney photographer has published over the years have sold about 200,000 copiesSYDNEY — Warren Gordon’s more than four-decade photography career began almost by chance.

Friends Max MacDonald and Maynard Morrison were starting a school newspaper in the late 1960s for Xavier Junior College when they asked Gordon to serve as their photographer, despite not having any experience taking pictures.

“I figured, heck how hard could it be, right?” Gordon remembered.

He was then asked to be photographer for the yearbook and was also asked by the Boardmores to take photos of the drama group.

“I didn’t have a camera and I hadn’t taken a picture yet,” he said. “The pictures came out pretty decently, I guess, and I just kept on going.”

He began using an Argus 35 millimetre camera borrowed from his father. Eventually, he bought a Miranda model of his own. 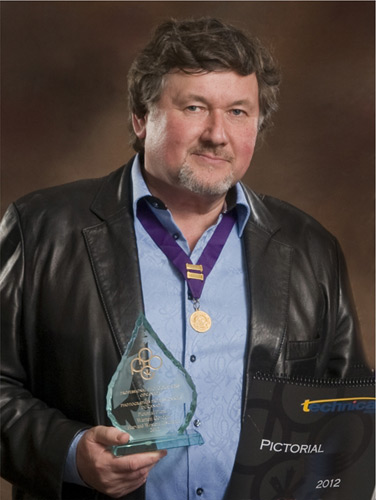 SYDNEY — Although he didn’t begin his career in photography as early as most, Warren Gordon has managed a degree of longevity that is the envy of many in his profession.

This year marks his 40th as a member of the Professional Photographers of Canada and he’ll soon mark his fourth decade as a photography business owner.

While most aspiring photographers get the bug in their teens, the profession didn’t grab his interest until his college years at St. FX Junior College.

“My friends Max MacDonald, Kenzie MacNeil and Maynard Morrison were running the newspaper and the yearbook,” said Gordon. “They wanted me to get involved and asked if I would take some photographs. I thought I’d get my little Brownie one-piece camera and just take a few photographs. I had absolutely no idea, but I wanted to participate.”

SYDNEY — The Sydney and Area Chamber of Commerce, in partnership with Cape Breton University, will induct four Cape Bretoners into the Cape Breton Business Hall of Fame.