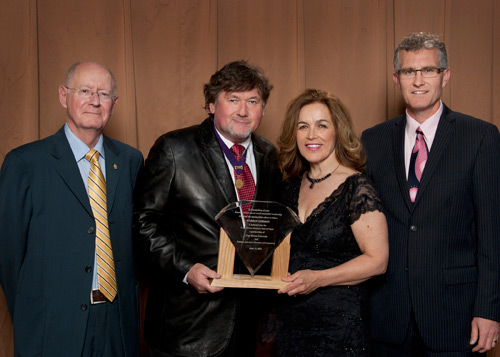 SYDNEY — The Sydney and Area Chamber of Commerce, in partnership with Cape Breton University, will induct four Cape Bretoners into the Cape Breton Business Hall of Fame.

The induction of the new members will take place June 13 at the Business Hall of Fame Gala in the Membertou Trade and Convention Centre.

The Cape Breton Business Hall of Fame was established in 2002 to honour people from the Cape Breton business community who paved the road for future generations in Cape Breton through business achievement and community involvement.

The people are selected from a list of nominees who have established a legacy for the community that has broadened opportunities for others and provided inspiration for entrepreneurs.

“This event is a means to recognize the attributes and generosity of long-standing citizens who have grown successful enterprises but have never lost sight of responding to community needs,” said committee chair John Nash. “Equally as important is the fact that these individuals are role models for young men and women currently attending university in our community”

Scholarships and bursaries in honour of the inductees will be awarded to students in the Shannon School of Business at Cape Breton University.