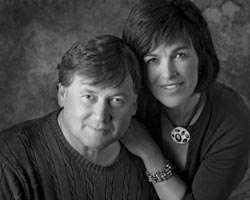 Gordon Photographic Ltd opened in small corner of Tuttles Flower Shop on April Fools Day 1974. From the original investment of $500.00 and a used camera, the business has been continually successful and profitable.

The company has never received private or government funding, but has been built with sweat equity, equipping and expanding as income permitted. Gordon Photographic Ltd now employs seven people and occupies 5,000 square feet in downtown Sydney. A second studio and an outdoor photographic park in Sydney River have recently been added.

Steeltown Publishing, a division of Gordon Photographic Ltd, has self-funded and self-published ten photographic books, as well as an annual calendar featuring and promoting Cape Breton Island. Each of these books has far surpassed the volume to qualify as best seller in Canada. The publications have not only provided an important source of income for local gift shops but they have been a tremendous instrument for the promotion of tourism.

Gordon Photographic Ltd markets its collection of Island pictorial under the name Images of Cape Breton both through our downtown gallery and as stock photography which has been widely used in Canadian, American and European travel publications. The distribution of these images has been a great source of promotion for our Island and include images in the following magazines:

A commitment was made in 2001 to renew our business. A five-year plan was devised which would update the facilities and technology of Gordon Photographic Ltd The main-floor public area of our Charlotte Street location was stripped and rebuilt with new fixtures, custom made furnishings, new carpet, paint, wall covering, and lighting system to give the area a crisp, professional appearance. The next step was the conversion of our photography to a completely digital system. The addition of several super computers, advanced digital cameras, and in-house colour printing capacity to 24 by 99 inches, along with a continuing program of education and updates of methods and equipment, will keep Gordon Photographic Ltd in the forefront of new technology.

In step with these changes was the entrance of Katheryn Gordon into the world of professional photography. Almost immediately Portraits by Katheryn was winning both praise from clients as well as recognition from professional photographers across Canada. The success of this new aspect of the business lead to the construction of Katheryn’s own studio which opens onto our one-acre Riverside Photographic Park in Sydney River. 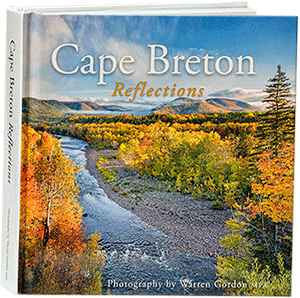